Avalanches are a complex phenomenon governed by weather, how the snow changes once it hits the ground (it doesn’t look like a snowflake for long) and how humans interact with the snow-covered mountain. As backcountry users, we can stay safe in the mountains by understanding avalanche formation – and following a few basic rules. If you want to travel outside the ski area boundary, I can’t stress enough the importance of learning about snow, avalanches and terrain. Take a course! Learn more about avalanche course offerings here.

In this article, we’ll look at four primary variables when assessing avalanche potential and danger: Terrain, Weather, Snowpack and Humans. 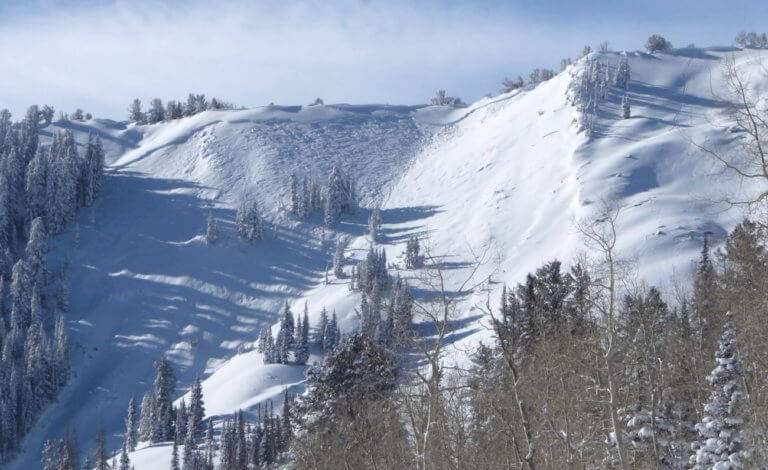 This is the MOST important variable to understand and master. It’s the only part of the Avalanche Triangle (terrain, weather and snowpack) we have any control over. I can’t do anything about the weather, I’m unfortunately stuck with the snow beneath my feet, but I do get to choose whether I enter avalanche-prone or exposed terrain. Any slope steeper than 30 degrees has the potential to avalanche (this includes the low end of black diamond terrain at your local ski hill), but avalanches get active between about 34 and 50 degrees (this is the double-black or steeper terrain). Identifying slopes that are steep enough to slide is a critical skill for mountain travel. Happily, this is very easy to do with a tool we almost all carry – your smartphone! I use an app called Theodolite but most phones have a built-in clinometer function that works just fine. Staying safe means not only avoiding slopes we just discussed, but also avoiding their outruns – the gentler terrain beneath them. To see how to measure slope angle, check out this video.

Weather creates the snowpack and plays a role in how the snow changes once it’s on the ground (which we’ll touch on next). Forecasters and skiers should focus on the following three weather components.

The first, maybe most obvious, is heavy snowfall. As it settles, the snowpack does a good job of compacting and stabilizing slow steady changes over time. But reacts like an angry toddler when forced to change rapidly. Sustained snowfall rates of 1 inch per hour rapidly improves the quality of the skiing, but the new snow is heavy and pushes the snowpack past its threshold to hang on. Once we see 6 inches or more of new snow in a short period of time, we really need to pay attention.

The second factor is wind. In the Rockies, winds as light as 10 to 12 mph can move snow into drifts. In fact, wind can add up to 10 times more snow load on a slope than snowfall alone. Pay attention to which slopes the snow is being removed from (the fetch zone) and where it’s being deposited (the load zone). Where the snow drifts deep obviously offers better powder skiing, but it also creates more dangerous avalanche conditions. This is where slope angle becomes critical. By choosing non-avalanche slopes (those less than 30 degrees) you can often avoid avalanche concerns.

The third factor is temperature. Have you ever noticed how quickly roller balls begin to form when the sun first shines on freshly fallen snow? This is the first indicator of loss of strength of the snow surface. Sustained warming weakens the snowpack, leading to cornice failures and avalanches.

Several more complex weather factors contribute to snowpack weakness, but these are the easy RED flags. I’m going to sound like a broken record here but take an avalanche course if you want to dive deeper or plan to ski in avalanche terrain! 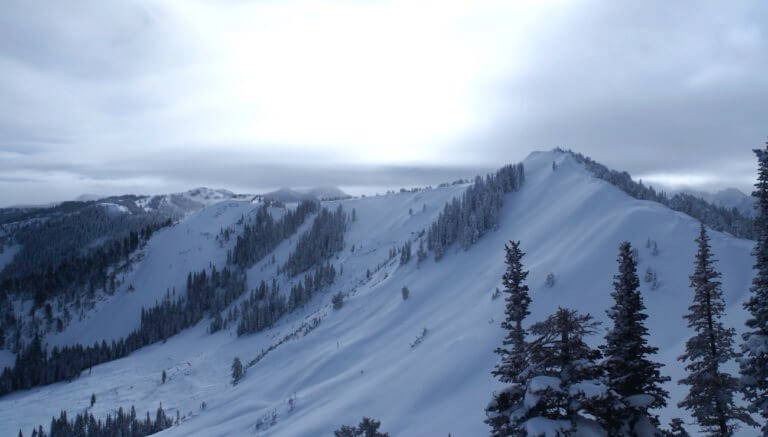 Each storm creates a layer of new snow (or new rain-crust). The layers build up over time into mountain snowpack. The complex relationship between these layers has the potential to produce avalanches. In the most basic recipe, we need three things to produce slab avalanches:

When these conditions exist, the snowpack hangs in a precarious balance between stress and strength. If no stress is added, often the strength of the snowpack increases over time, the weak layer compresses and strengthens, and avalanche likelihood is reduced. When added stress exceeds strength, then the weak layer fractures and fails, thus producing avalanches. The tests to identify these conditions and evaluate strength are best taught in the field by a qualified expert. Have I mentioned it’s a good idea to take an avalanche course?

We are a funny species. We can take good, objective and factual data and skew it to fit our beliefs. Conquering your emotional, irrational self and learning to make decisions based on facts will contribute to a long life in the mountains. We don’t have enough space here to dive into all the things we do poorly when faced with the decision to go or not go on a pristine snow-covered slope. So, what’s the best thing to do? Take an avalanche course! 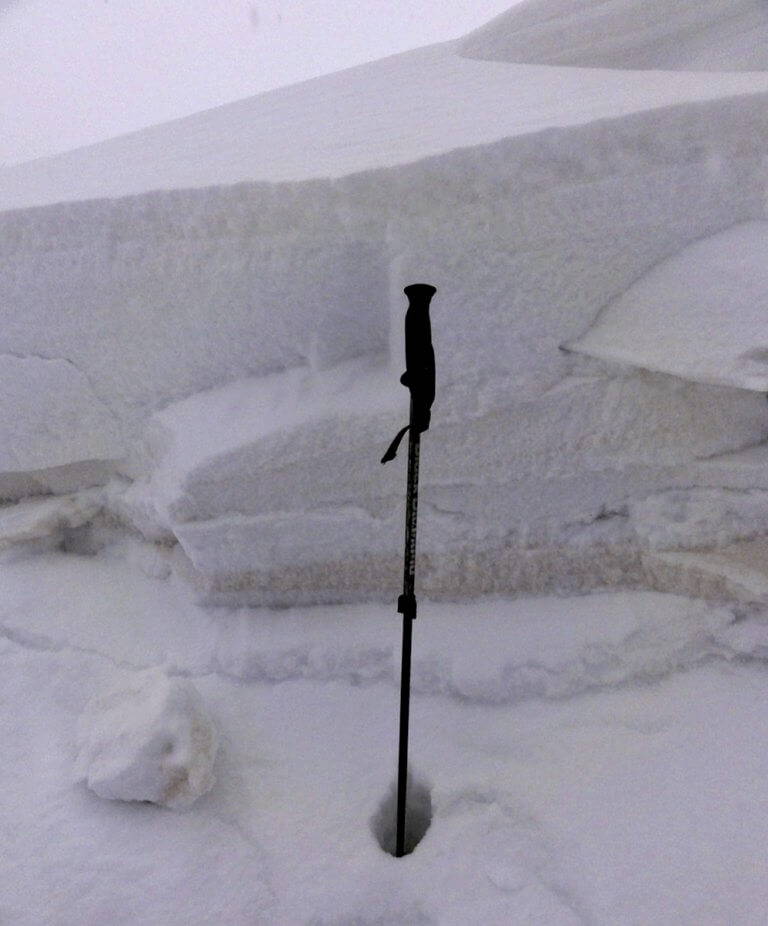 This article was written for the Wagner Journal by Jake Hutchinson. Jake has spent more than 25 years working as an avalanche professional. He is currently a lead instructor for the American Avalanche Institute, an avalanche dog handler and trainer and an avalanche safety consultant to the resort and rescue communities. Off the snow, Hutchinson is a Certified Instructor and former Head of Instructor and Seminar Development for Gym Jones in Salt Lake City. He is currently involved in private personal training with an emphasis on high level functional fitness for mountain and military athletes.