In June, Telluride photographer Melissa Plantz and her son Jack traveled to Alaska to join a Mountain Trip expedition to the summit of Denali, the highest peak in North America. Melissa had always wanted to photograph an expedition; with her father’s passing less than a year earlier, she decided there was no better time than the present. Life is limited, if there are things you want to do you may as well go do them, she noted. Agreeing with her sentiment, Jack signed on, and after months of preparation, they found themselves with a team from Mountain Trip, heading from Talkeetna, Alaska, toward the top of the formidable 20,300-foot peak.

The creative mother-son duo, who are also both accomplished athletes, roped in with their fellow mountaineers and embarked on a once in a lifetime journey together through the frozen and rugged landscape of the Alaskan Range. Melissa says it was a great trip for a goal-oriented athlete who likes a challenge. “It’s repetitive in the nature of the climbing, but it’s always new and changing through variable weather, and dramatically changing landscapes as you ascend the mountain. It’s the same, but always different,” she says.

The best parts? Of course it depends on who you ask. Melissa loved being in the expedition environment and among the big mountains with all the guides and fellow trip-goers. Jack, meanwhile, enjoyed the 16,000’ Ridge — a spicy and exposed ridgeline that climbers ascend after the fixed lines and before they arrive at 17 Camp. He notes that the views were incredible (both above and below him) and it was where the altitude started to become a factor. It was truly, he says, the “edge of the world.”

The hardest parts? Walking while being tied into a rope and maintaining proper rope tension was a bit mentally exhausting for Melissa. “You can’t just go run around on your own and explore,” she says. “You need to walk when you are told to walk, put your pack down when you are told to put your pack down, and eat when it’s snack time.” For Jack, the summit day and Pig Hill (the last step before the summit) were the most challenging. “The altitude really starts to affect you, and then, as we poked our heads around the corner to see the summit, we felt the winds,” he recalls. At that point, he says, it became clear to the team that continuing on to the summit would be too dangerous. “The winds were so intense, there was no point of contention that we weren’t going to make it to the summit. We would have blown right off that mountain.”

While Melissa and Jack encountered some new challenges with photography on Denali – it was difficult to work the camera and the tiny buttons with massive gloves on, it was hard to catch the light while being roped in with a bunch of people, and the weather was always changing – you would never know with the breathtaking imagery they returned home with.

The following images and descriptions were put together by Melissa and Jack Plantz. You can follow more of their journeys via their instagram accounts at @mplantz and @plantzfish. 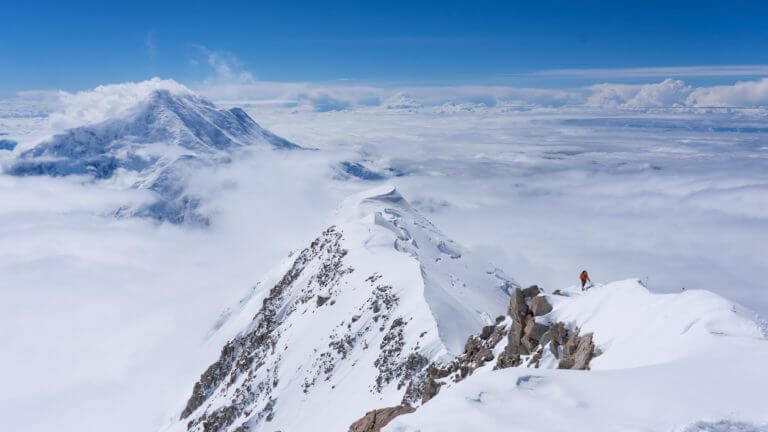 Dodge Garfield takes in the view from 16,000’ Ridge on one of clearest days of the expedition. 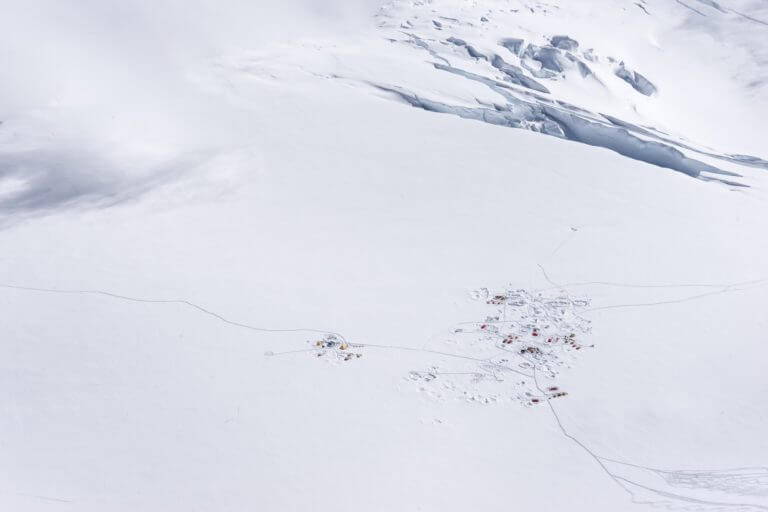 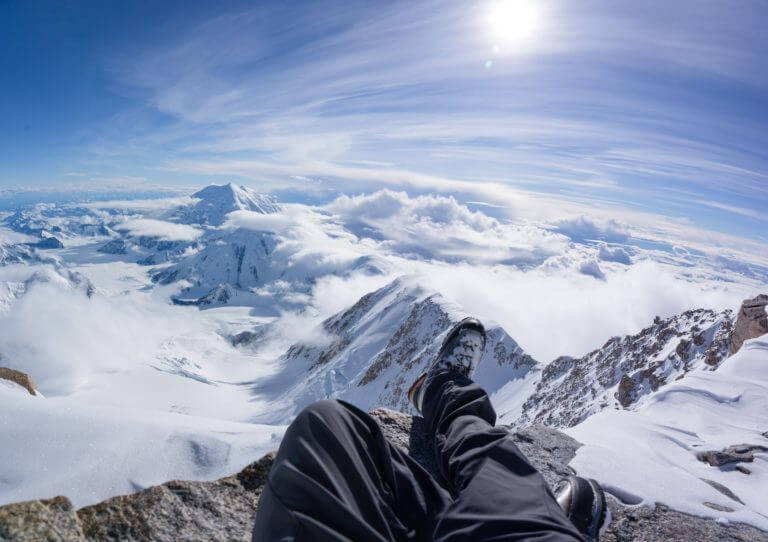 After all the tent platforms are dug and camp is ready for the night, all that’s left to do is kick your feet up and enjoy the view. 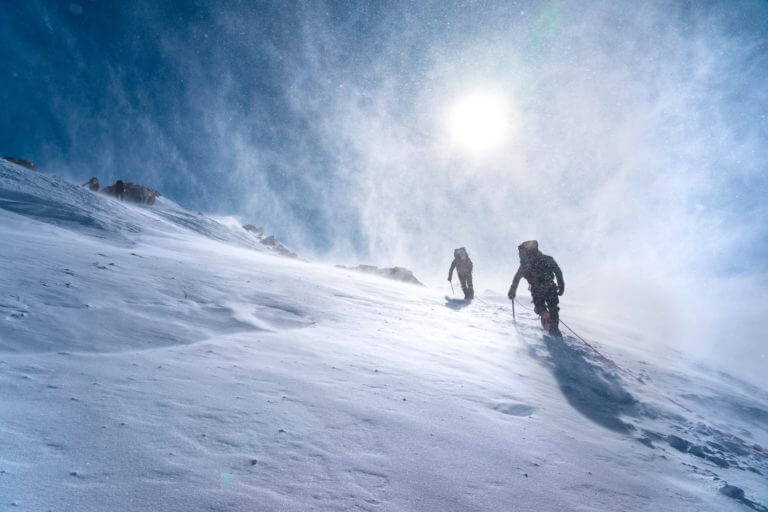 Climbing past Denali Pass, the saddle between the north and south summits of Denali and the windiest place on the entire route. 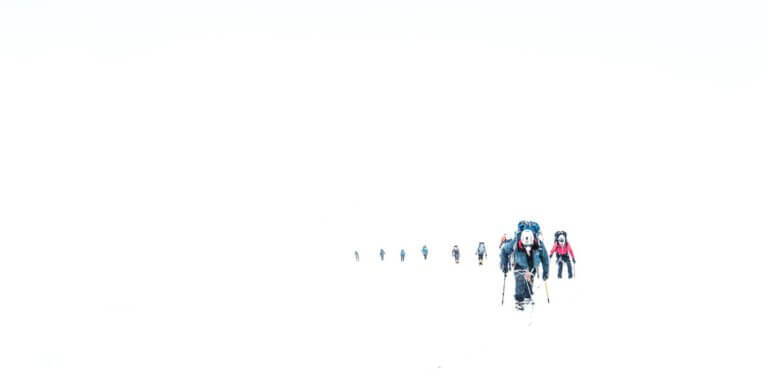 Hiking in a ping-pong ball up from Camp 1. 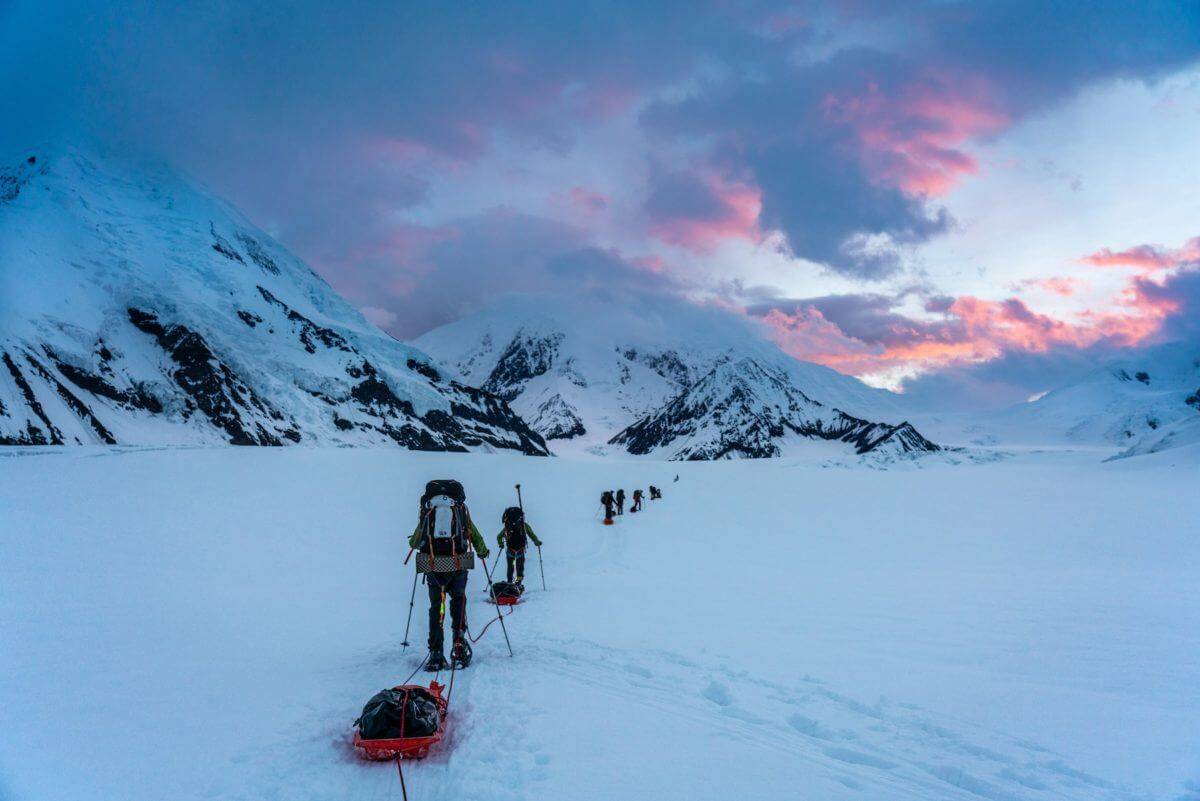 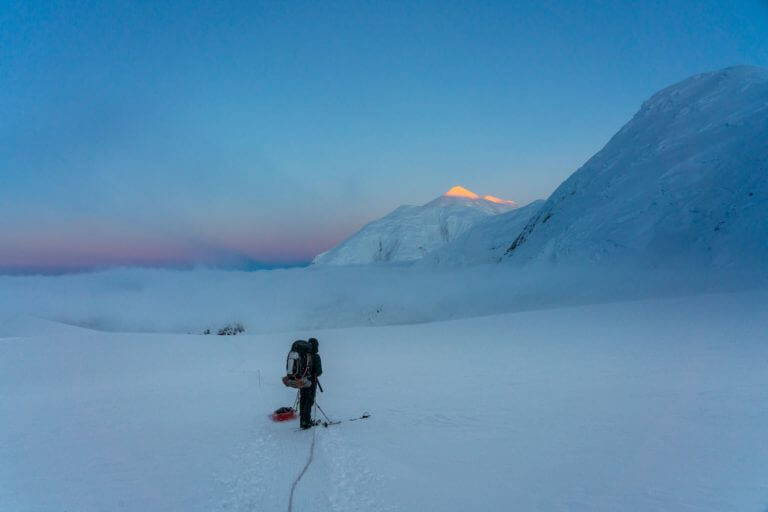 Alpenglow on Mt. Foraker on the midnight trek to Camp 2. 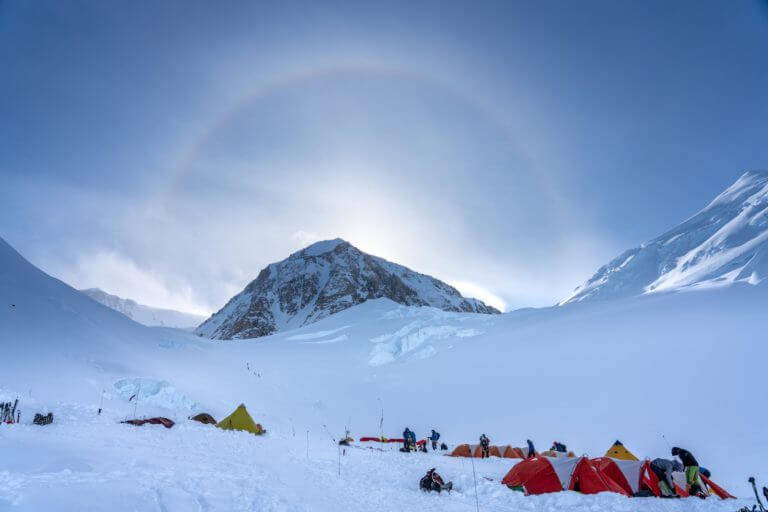 Sundog over Camp 2 and Motorcycle Hill. 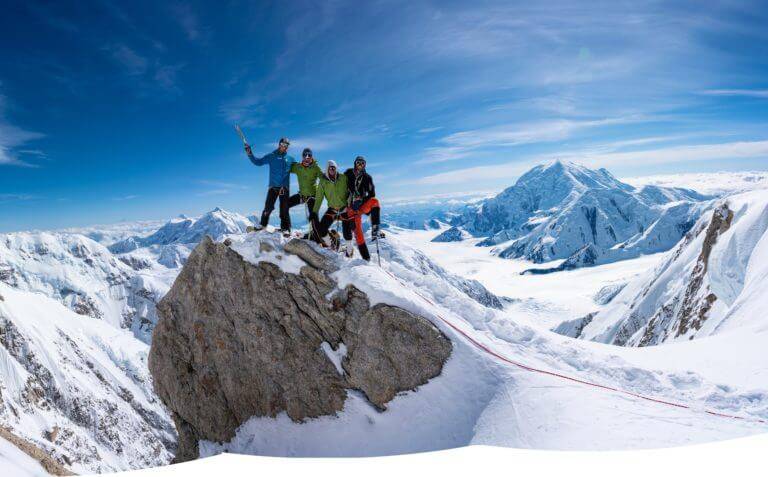 Bill Allen and Mountain Trip guides at the edge of the world. 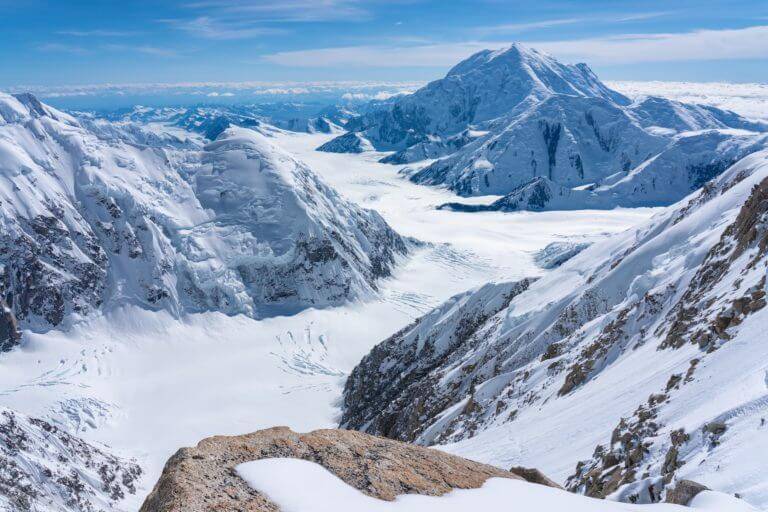 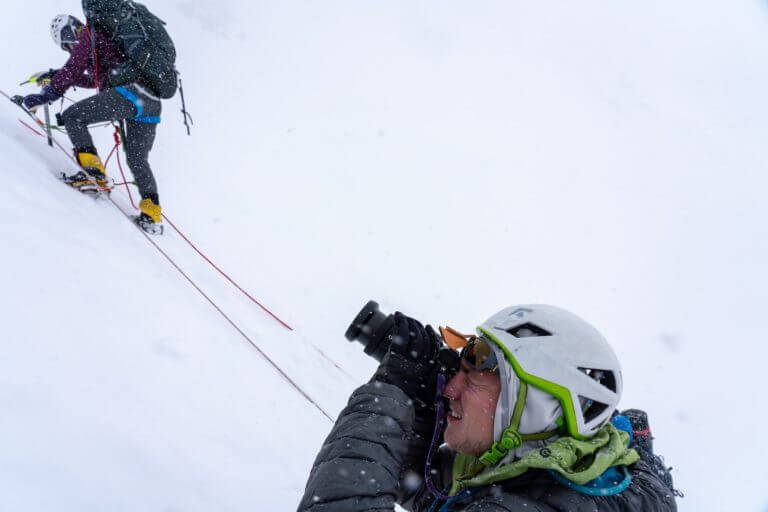 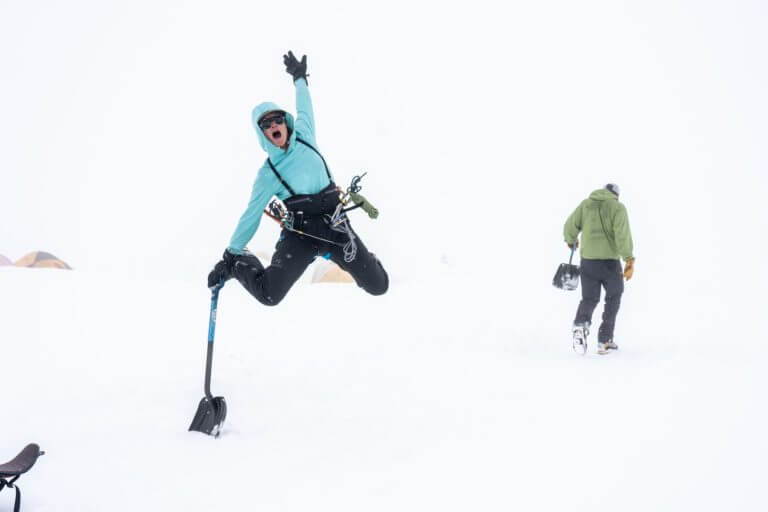 Stoke is high after a successful summit bid. 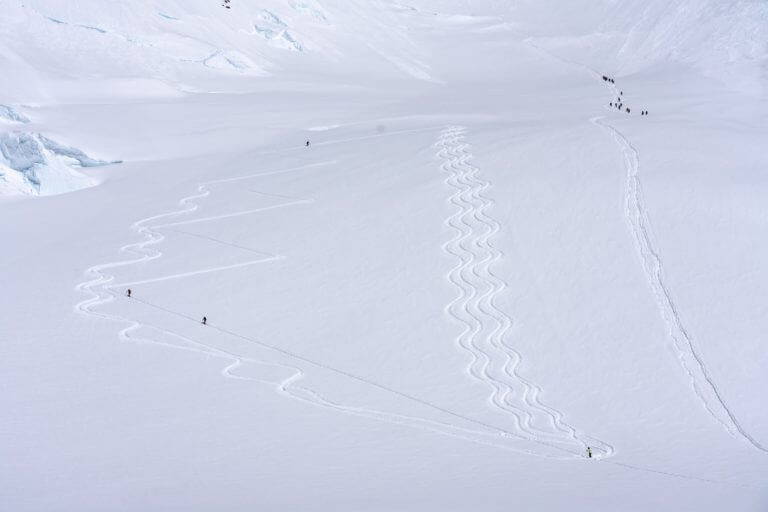 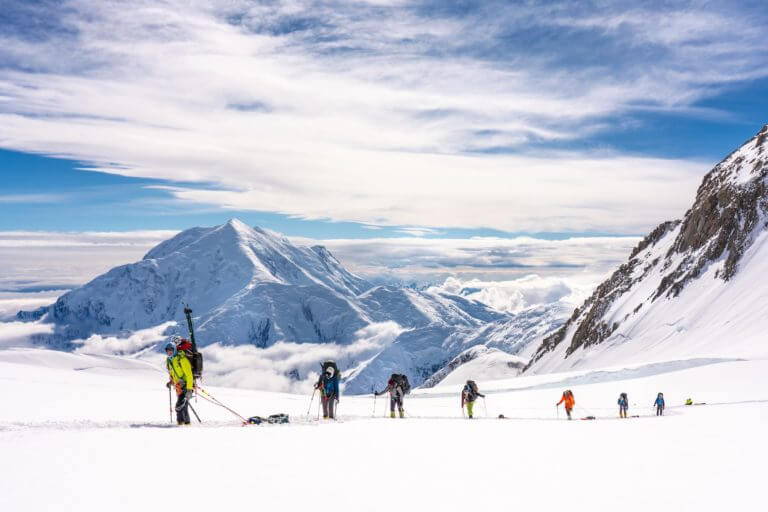 Fischer Hazen leads the team to Camp 3 at 14,000 feet. Mt. Foraker shows off its fresh snow in the background. 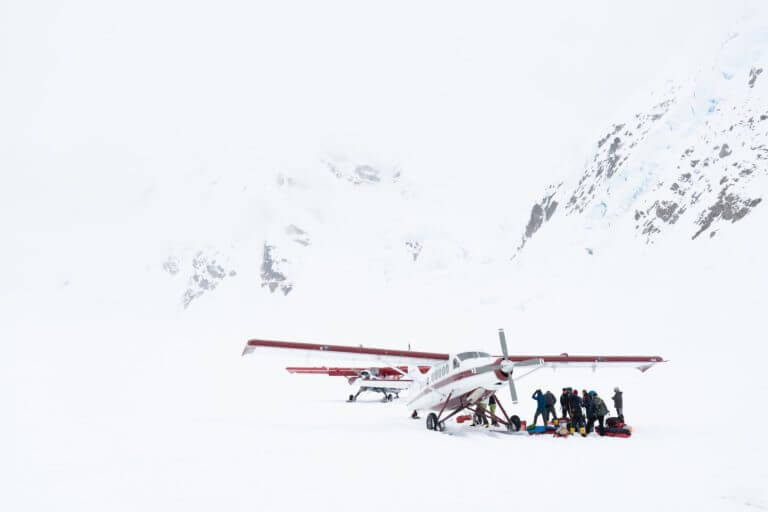 Loading up the plane, ready to get back to civilization and eat an absolutely massive breakfast.