Kevin Jordan used to be so obsessed with skiing, he traveled to the southern hemisphere every summer so he never had to stop. Then, he discovered mountain biking. Now, he stays put in Aspen, Colorado, year-round, working a ski instructor in the winters and managing the mountain bike school in the summer. “Once I got into mountain biking, I stopped chasing winters around the world,” he said.

Aspen/Snowmass has a world-class mountain bike program, which helps everyone from newbies to dirt demons refine their two-wheel skills. For Jordan, lift-served mountain biking is similar to skiing—it’s just another way to enjoy gravity in the mountains.

“I love being able to have that same feeling of having the lift take you up the hill, then riding back down and picking your line with the same sensations of the wind blowing in your face,” Jordan said. “Add in a couple bumps in your downhill, and, just like on skis, you can fly into space.” 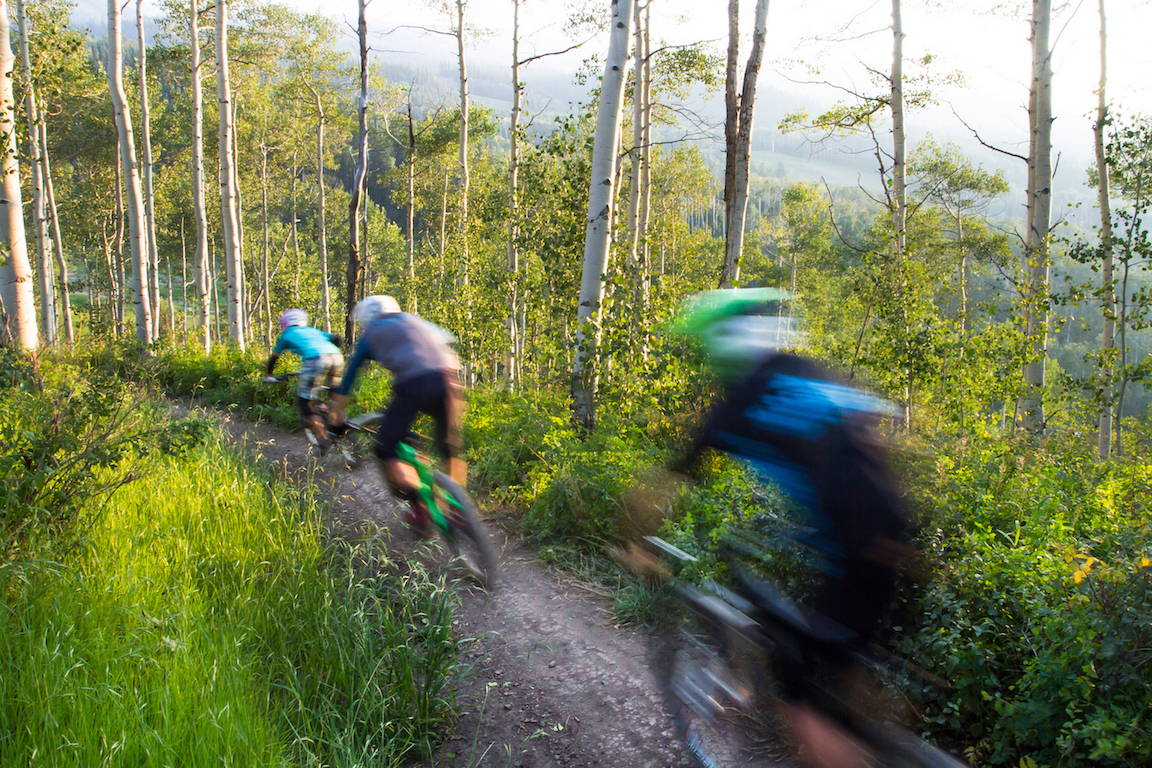 So how do you get into this sport for the first time? Jordan says skiers should focus on the sports’ similarities, which will help them manage fear and gain confidence. Here is his list of things you should know: 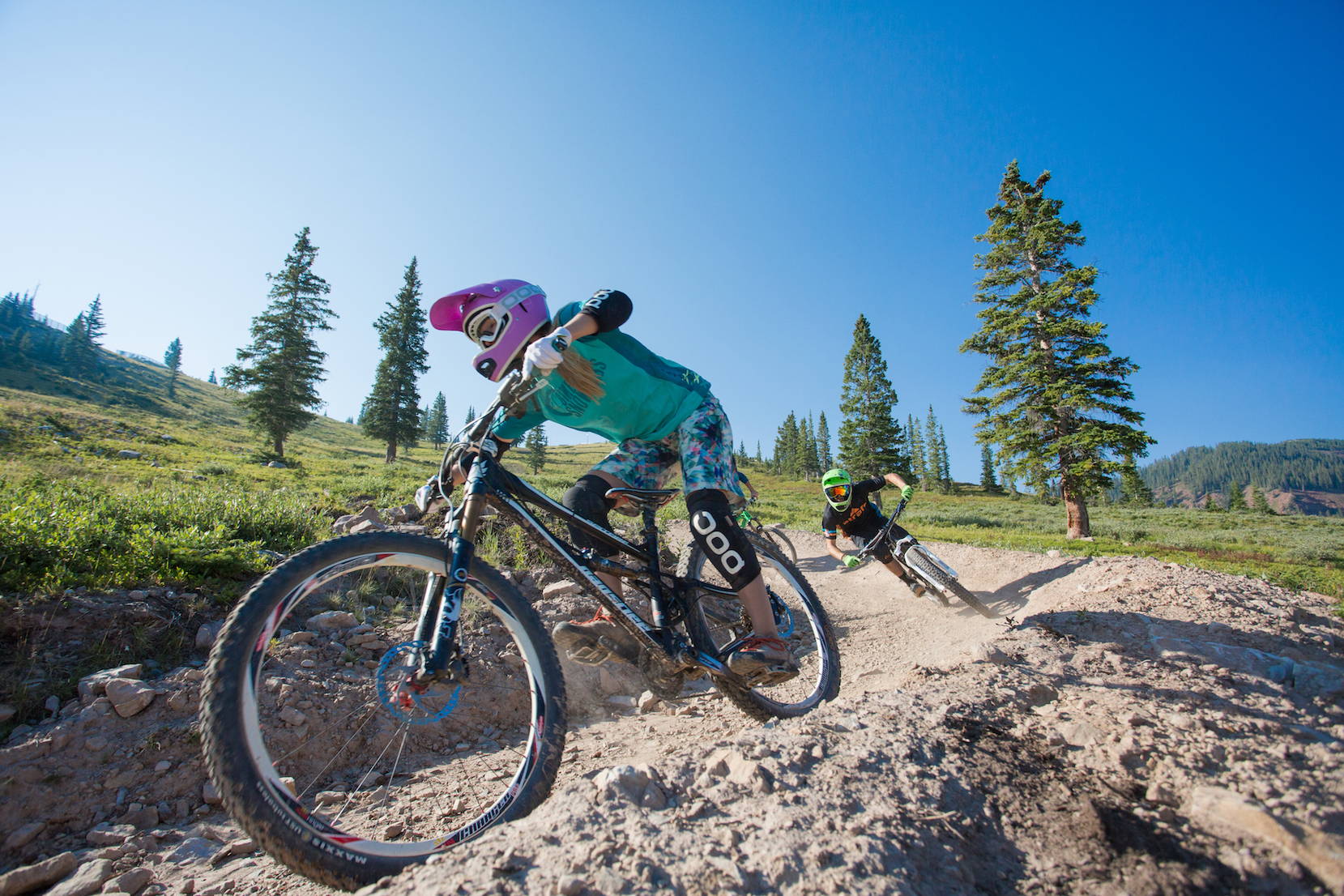 Now that you have the mindset down, it’s time to get into some practical tips for downhilling. Lift-served trails are rife with berms and jumps, so Jordan thinks the biggest skill to focus on is how to get better at catching air. His “CPR Progression” is a good start.

“CPR” stands for crouch, press, release. If you ride a bike over a jump without directing it, the bike rotates in a front-wheel first position, like the beginning of a front flip. CPR helps change the trajectory. Here’s his how-to through every phase of the jump, from the in-run (approach), lip (take-off), table portion (maneuver happens here), and then the landing.

On the run-in, keep your pedals level, elbows wide, knees slightly bent, and butt off the saddle. Coming into the tabletop, bend your knees and elbows a little more. This brings your sternum closer to the handlebars. All the while, look where you’re going to get over the jump and set up for the press and the release.

Once both tires are on the lip, as you’re going up the ramp, extend your knees and elbows and press through your feet and legs, which transfers energy through the bottom bracket of the bike. This will change the trajectory of the bike from a horizontal trajectory to more of a vertical one.

When your front wheel is about 6 inches or so away from leaving the lip, release and allow the bike to come up into your body. Flex your knees and elbows, allowing the saddle to come up and tap your butt. This helps level out the bike and set up for the landing. When you land, bend your elbows and legs and try to land with the front wheel touching down slightly ahead of the rear wheel or roughly at the same time.

Want to improve your riding, or skiing? Take a lesson from a certified instructor. It helps even the best skiers (or mountain bikers) have more fun on the slopes. 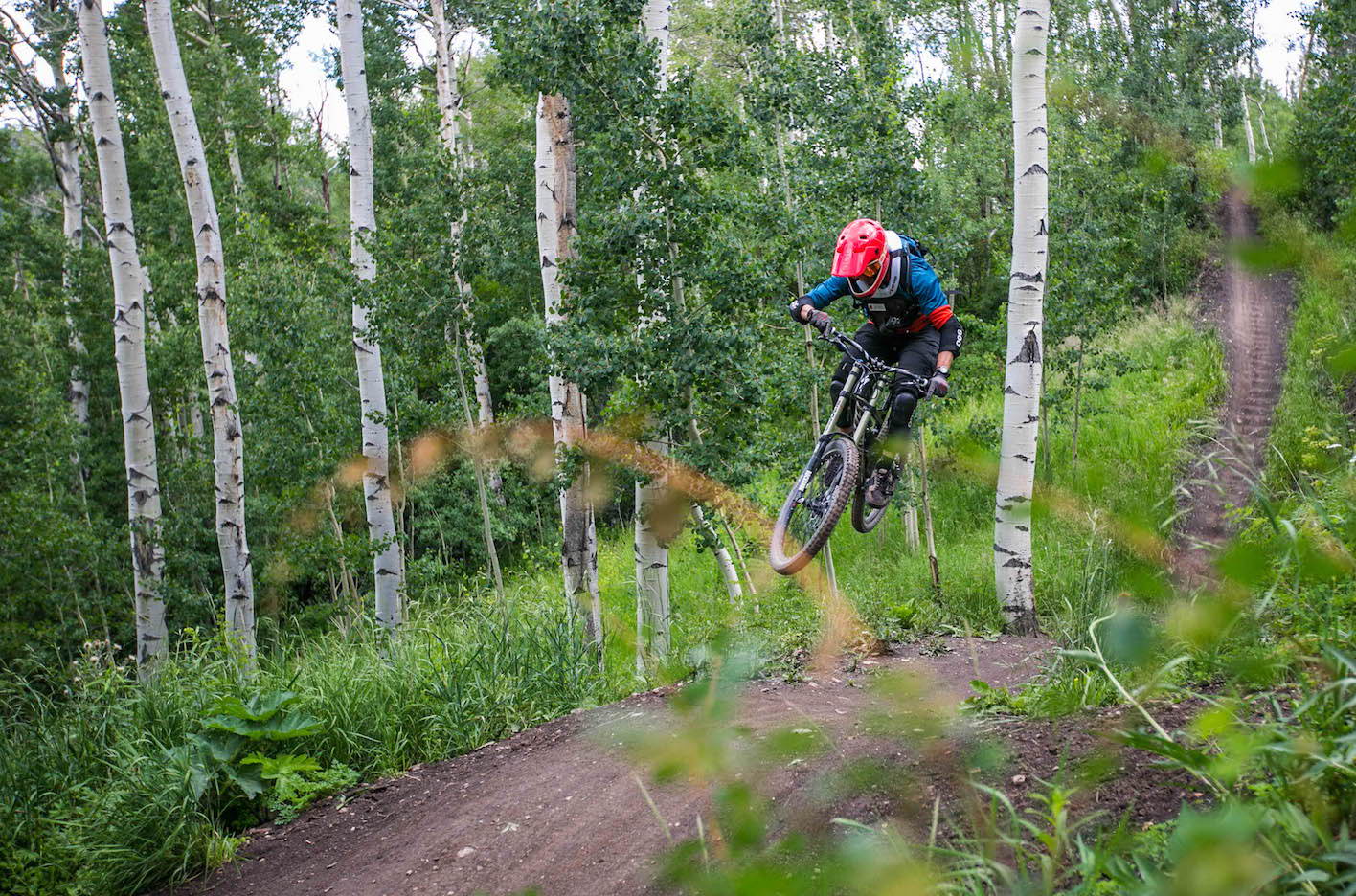