On this episode, we get to chat with Hilaree Nelson, the world’s greatest ski mountaineer. She and her partner were the first people to climb and ski the fourth highest peak in the entire world, Lhotse. She has pursued a life of mountain exploration. Tune in to hear her discuss her career and how she prepares for big challenges. This one is not to be missed!

[02:21] Hilaree was on the race team, but she never skied a single gate.
[02:54] Her background isn’t in racing and she’s jealous of people who have it.
[03:39] She saw a huge deficit in her own skiing and did her best to ski with those who were better than her in order to learn more.
[08:06] Ski technology has changed and has changed the way we ski.
[10:26] Her experience climbing the fourth highest peak in the world was unmatched and emotional.
[14:40] It’s important to just try things instead of talking yourself out of great experiences.
[18:05] With age, comes experience and wisdom.
[22:20] To prepare for her biggest challenge, she made sure to prep on difficult terrain.
[28:45] Hilaree has been working with North Face on product development.
[29:00] She is also becoming a climate change activist, because she wants to protect all the beautiful places she has been.
[30:20] She got a great tip to drive her tip, but lift her tails when making turns in tight terrain.

“Chamonix isn’t just about the skiing, it’s so much about how you access the skiing…”
“I just think there is so much value in saying ‘yes’ to things…and the actual act of trying.”
“As a young person, you’re making all these sort of instantaneous decisions…it’s just freedom.”

Listen to other episodes

Lindsay Andersen: Pull Your Toes Up
Evan Reece: It’s Rare to Find a Place That Isn’t Worth Going to at Least Once
Wendy Fisher: Spontaneity is Key
Kim Reichhelm: The Most Important Thing is Having Fun
Hilaree Nelson: The Value of Saying Yes
Jonathan Ellsworth: Lean Into It
Allen Tran: Building An Athlete, One Meal at a Time
Joel Gratz: The Powder Prophet 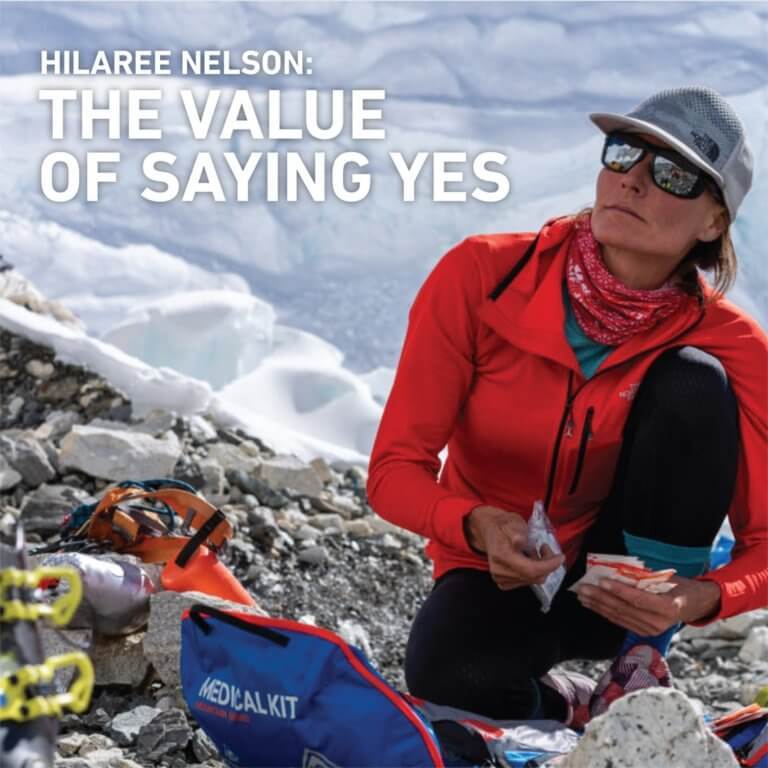 On September 26, 2022, while skiing with her partner, Nelson was caught by a small avalanche and fell from the summit of Mount Manaslu in Nepal. She was a huge influence in our small town of Telluride, and she is greatly missed.